Harvest was the first yield aggregator to support Sushiswap, and have accumulated 2/3rds of vesting Sushi that will start to be released at the end of April, for another 6 months or so. Our contracts are proxied, and we’ve prepared a strategy update that will allow us to claim the Sushi from the Merkle distributor and then hold the entirety of the claimed SUSHI with a 1 year lockup and 2 year vesting (on top of the previous 6 month vesting) and we’d like to run this idea by the Sushiswap community and stakeholders.

Starting around October 11th, 2020. Harvest has been contributing weekly FARM rewards to drive users to the Sushi pools, totalling in the millions in aggregate. The FARM rewards made it more attractive for people to farm sushi, by resolving the uncertainty around the 2/3rds of unvested SUSHI.

We provided an easy to use interface to access Sushiswap, helped to alleviate network congestion by batching thousands of transactions, and make participation economical for smaller asset holders. Harvest brought hundreds of millions of dollars in liquidity to Sushiswap in the early days, paying millions in Harvest FARM incentives to depositors to boost their profitability in exchange for taking on the risk of uncertainty about the 2/3rds SUSHI vesting process, when things at Sushiswap were in flux and not as stable as they are today.

My proposal to the Sushiswap community is to use this vesting opportunity to align incentives for the long term. In the past month, Harvest has been preparing and deploying a series of new contracts to demonstrate a commitment to collaborating with Sushiswap.

Our proposal if we were to receive the 2/3rds of vested tokens, as originally understood:

In addition, Harvest proposes to:

These are big changes to Harvest that would happen if we were to completely move over to Sushiswap in this strategic alignment, and we’d like to get feedback from the Sushiswap community and community leaders.

We’re interested in working on something that can be mutually beneficial in the longterm (3 years is a very long time in DeFi), so we’d be making a very large commitment to the future of Sushiswap.

Let us know what you think of this proposal. We have strong communities and we’re excited to find more ways to work together. 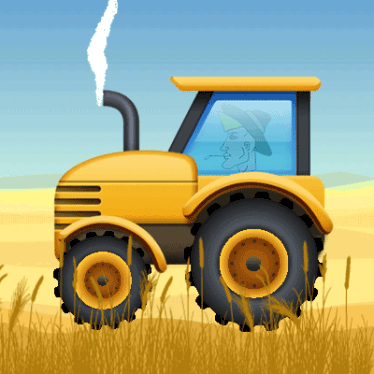 100% yes! This seems like an amazing proposal and a shining example of partnerships that can come out of this

Some great ideas, looks like the Curve DAO should consider this 2/3 vesting.

As someone who is both long FARM and SUSHI since the end of UNI LP mining in November, this seems like a no brainer.

FARM brought a quarter of a billion of Liquidity over when Uni mining ended. It’s probably not an exaggeration to say that Sushi is as dominant as it is today in part, thanks to that huge liquidity migration facilitated by harvest finance in those early days

Both projects will benefit from this proposal, Sushi holders get reassurance that the 2/3 vesting will not be dumped on the market and FARM holders get a huge stake in one of the pre-eminent DEX on the market.

This is not even accounting for the benefits a formal partnership between FARM and Sushi would bring!

Hello all! I am a CM from Harvest Finance. Please let me know if you have questions about this proposal, and we have also opened a dedicated channel in our Discord server for discussion.

Check out the Harvest community on Discord - hang out with 14,306 other members and enjoy free voice and text chat.

I must say after reading the proposal, it is clear that the harvest team has spent a long time coming up with a long-term, mutually beneficial proposal for both harvest and sushi.

Looking forward to what both projects can come up with!

I am a big fan of this proposal. Let it happen!

I definitely support this proposal, and it sets a great example for other projects aligning themselves with Sushi.

I like it! Aligns the incentives of both protocols quite well. As gas continues to price out smaller players, collaborating with teams like Harvest bodes well for the retail users of Sushi. I think the lockup period is adequate to reduce Sushi price impact, especially considering it was already 6 months deferred.

I support this proposal, well reasoned and mutually beneficial.

As a holder of both XSUSHI and iFarm I am fully on board with this proposal. Would love to see Harvest and Sushi building together.

Looks like this provides a ton of value moving forward for both communities. Well done sers

I love this proposal. After I saw the twitter announcement from Harvest, I immediately made a deposit on their protocol for the first time since their exploit.

Full support for this excellent proposal.

As a holder of both Sushi and Farm I love this proposal. It adds to the value of both project and I think it is a win win for both projects

As a holder of Farm and Sushi, I am optimistic about this. I feel like the Harvest team put a lot of thought into the proposal and seems like there are benefits to both sides. It also incentivizes Harvest to promote and collaborate with Sushi longer term which is great and hopefully leads to partnership between both platforms.

Interesting proposal. Seems to be time to replace the BUY FARM link on Harvest for a Sushiswap pool

personally i would love to see this. Sushi has been much more innovative and forward thinking than Uni and they community here is awesome. uniswap’s community is nonexistent

very good proposal i will wait it